“Fake friends; those who only drill holes under your boat to get it leaking; those who discredit your ambitions and those who pretend they love you, but behind their backs they know they are in to destroy your legacies.”
― Israelmore Ayivor, Shaping the dream

“Sometimes your dearest friend whom you reveal most of your secrets to becomes so deadly and unfriendly without knowing that they were not really your friend.”
― Michael Bassey Johnson

“Being too nice is a crime today.Fake friends are every where around you. they will use you and when you are of no use, throw you away like a wrapper .”
― Shizra

“A genuine enemy is more useful than a fake friend.”
― Mokokoma Mokhonoana

“And if we do speak out, we risk rejection and ridicule. I had a best friend once, the kind that you go shopping with and watch films with, the kind you go on holiday with and rescue when her car breaks down on the A1. Shortly after my diagnosis, I told her I had DID. I haven't seen her since. The stench and rankness of a socially unacceptable mental health disorder seems to have driven her away.”
― Carolyn Spring, Living with the Reality of Dissociative Identity Disorder: Campaigning Voices

“Life is all about losing friends, the people you know. So, just that you get better at finding the ones worth suffering for.”
― Mohit Kaushik |Yenugwar|


“I fake fake to have a fake life. Does that make me a real horse? Buy now for $777, wooden saddle sold separately. Real horseshoes not included. Imaginary ones – neither.”
― Will Advise, Nothing is here...

“We have to be cautious of who we allow in our circle because a frenemy can be more destructive than an enemy.”
― Angel Moreira

“don't feel so loved, that's not how it seems.”
― Jordan Hoechlin

“Fake friends get mad when we don't pretend to like them.”
― Carlos Wallace

“If you want to be my friend, I prefer honesty to fake praise. I was never one to run with the wolves.”
― Christina Strigas

“Fake friends often save you from being naive”
― Dr.P.S. Jagadeesh Kumar

“Someone somewhere (maybe in your circle) wants you to fail. Why give them the satisfaction?”
― Carlos Wallace

“Once your blood's in the water, everyone's a shark”
― Tilly Bagshawe

“If I doubt your intentions I will never trust your actions.”
― Carlos Wallace

“The secret lies of manipulative folks, however hidden and cunningly twisted shall eventually come out. Never trust manipulative politically motivated, sly liars while they pretend to be "true friends" with noble and just cause. ~ Angelica Hopes, K.H. Trilogy”
― Angelica Hopes

“People spread gossips, calumny, and false accusations to destroy their subject victim's integrity. Question the motive of people who erroneously, offensively, defensively, intrusively, abusively and intentionally brand you as a threat, a risk or a danger to life or security. ~ Angelica Hopes, K.H. Trilogy”
― Angelica Hopes

“Pretend to be poor in reality and you'll notice a decrease in your friends list and request.”
― Michael Bassey Johnson

“Real friends, are really hard to come by.”
― Anthony Liccione

#2
Good thing I don't have friends, then. 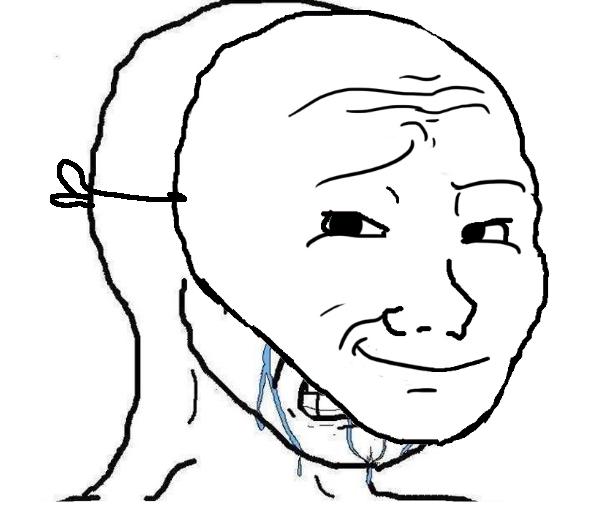 #3
Legate Lanius said:
Good thing I don't have friends, then.
Click to expand...
No friends are better than phony ones.

#4
Dark111 said:
No friends are better than phony ones.
Click to expand...
Perhaps phony friends can get turned into real friends.

SF Supporter
#7
Dark111 said:
“I fake fake to have a fake life. Does that make me a real horse? Buy now for $777, wooden saddle sold separately. Real horseshoes not included. Imaginary ones – neither.”
― Will Advise, Nothing is here...
Click to expand...
What?
You must log in or register to reply here.
Share: Pinterest Tumblr WhatsApp Email Link