Status
Not open for further replies.

#1
i was bullied all throughout my school years and got beat at home until i started high school. in elementry school i was bullied for wearing glasses, my speech lisp, and being taller than the other kids. i was very shy so i never tried to fight back or tell teachers. i got my stuff stolen, wet toilet paper thown at me in the bathroom, stabed in my legs with pencils, and constantly insulted. this continued through middle school. but i worked up the courage to ask my mom for help. she ignored me several times and when she finally answered she wanted me to physically attack my bullies. course i never did, i try not to think violent thoughts and i'd never try to hurt someone else. so teachers never helped, my mom ignored me, and i had no friends. in middle school and high school the bullies got worse and would slam me into lockers, pelt me with dodgeballs, basketballs, and softballs durring gym class. sometimes just puch and kick me in the bathrooms. as for getting beat my mom would "punish" me and my elder sister if we did anything that she didn't like. normally we would kneel on freshly boiled rice, or plain rice if mom didn't feel like boiling it and then she would whip our backs and sides with a belt or switch. other times mom would make us hold heavy books or buckets of water while she would whip our arms. me and my sister each got a special punishment. my sister would have all her clothes books and the rest of her stuff thrown out a window, then she would have to carry all her stuff to the trash and get rid of it. but me i would get shower beatings. while i was wet i would get whipped with a studded belt or the metal buckle. eventually my mom stopped using the metal buckels after she messed up and hit my face and knocked me out. mom stopped beating me and my sister, she probably thought my sister would tell someone, but i never could. my moms a great liar so i doubt anyone woulda belived me and i'd rather not think of what she would've done to me if i told anyone. she's trying to help me pay for college now, not out of the kindness of her heart though. she has to try and keep up a good image with the rest of her family. i hate her, i've never loved her and i hope that one day all her lies fall apart and her world breaks down. i always try n' see the best in people but i just can't in her. that's not really saying much cause i really hate most other people and i don't like trusting others. i'm just scared that one day i'll be a bad person like her. that's why im always so kind and polite. i want to be my own person, given how my mom has controlled most of my life thats kinda hard.

SF Supporter
#2
Wow.. That makes my mother look like Mother of the Year. That’s horrible :confused:

Staff Alumni
SF Supporter
#3
Wow, im sooooo frigging sorry you had to endure all of that. I'm speech-less for once in my life. I think therapy could do wonders for you. You don't have to report her just try and overcome it by counseling and getting the right supports set in place. Is there a counselor at your college? You are f*cking amazing, you are stronger that you think you are, I admire your strength, I REALLY mean that. What are you studying? Do you like it?

Keep on being you, no one could replace the strong, loving and kind person you are!

Back into the wild where I belong. Out of your way 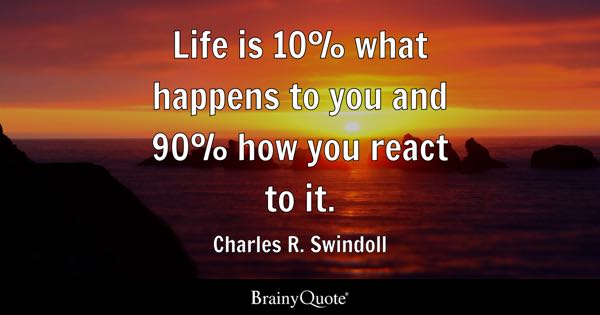 You aready are a better person for caring not to become like what your mom was. Really.

#5
I'm always kind and polite, too. My mother never beat me but I've been able to read and write and do math since I was three and she never reported it and when I was five she sent me to a kindergarten for children who are slower than average pretty much. Then I had to watch my sister a lot of times as I was growing older and once my sister waved a knife in my face while I was trying to do my homework. Mom didn't help me with driver's training and then didn't help me get a job and forced me onto welfare. She says her father beat her when she was little but she's no better than him and I try to fix it but now I'm having a fight with my sister and I'm afraid of what will happen to me in the future because I don't have anyone to help me move or anything. Since I am on SSI, I would probably wind up in a group home and they usually steal and I cannot afford a nursing home. I would much rather be homeless. Maybe your mother was beaten when she was little or she didn't know how to express herself because of her parents. My family puts up a good image too of pretending to help me but I'm going to be stuck on welfare my whole life and I may even end up homeless because I'd rather do that than wind up in a group home. My sister blames me when people bully me and she is a bully herself and she has children who are going to bully others too. She calls me names like Daria who was an ugly cartoon character and she feels like she doesn't have to apologize to me at all. I think I may run away after my mother passes away because I don't want to end up in a group home if my sister doesn't want to help me move into another apartment. She lives in a fantasy world of flowers and make-believe like most women do, and usually those are the ones who are the bullies anyway.

You aready are a better person for caring not to become like what your mom was. Really.

Hugs again
Click to expand...
Absolutely love that quote..sounds so simple but so true.

#7
Maybe we should start a "cycle breakers" thread. I remember the moment I first understood my father'sfthought process. I cried like a baby, had a nervous breakdown, and thought about killing myself that night, because if I was thinking like him I must be fucked. I think admitting those fears is probably a really good sign. We know our parents were wrong. We know better already, you know? My problem was, it took me another 4 years after that night to start therapy. That's my biggest regret. Finding the right is hard and the longer you wait the more likely it is you'll be worse off. Don't wait!
Healing from this sort of thing is a lifelong process. Get all the help you can! We're here to be a part of that help!

#8
neato, thank you all for being so nice. it feels weird knowing that there are ah people who kinda care for me like all of you. wish i could thank you all more though.

#9
Clockwork Flowers said:
neato, thank you all for being so nice. it feels weird knowing that there are ah people who kinda care for me like all of you. wish i could thank you all more though.
Click to expand...
You can - just stick around and pay it forward.

Status
Not open for further replies.